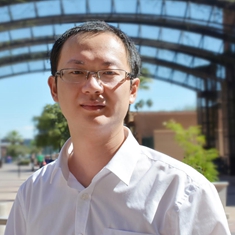 Xia "Ben" Hu is an Associate Professor in Computer Science at Rice University. Xia "Ben" Hu is currently directing the DATA Lab, with his students and collaborators, they strive to develop automated and interpretable data mining and machine learning algorithms with theoretical properties to better discover actionable patterns from large-scale, networked, dynamic and sparse data. Their research is directly motivated by, and contributes to, applications in social informatics, health informatics and information security. Their work has been featured in Various News Media, such as MIT Tech Review, ACM TechNews, New Scientist, Fast Company, Economic Times. Their research is generously supported by federal agencies such as DARPA (XAI, D3M and NGS2) and NSF (CAREER, III, SaTC, CRII, S&AS), and industrial sponsors such as Adobe, Apple, Alibaba, Google, LinkedIn and JP Morgan. Xia "Ben" Hu was the General Co-Chair for WSDM 2020. 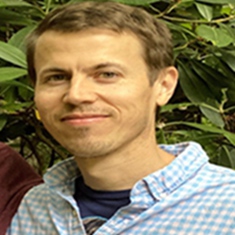 James Caverlee received his Ph.D. in Computer Science from Georgia Tech in 2007, co-advised by Ling Liu (CS) and Bill Rouse (ISYE). Before that, he earned two M.S. degrees from Stanford University: one in Computer Science in 2001 and one in Engineering-Economic Systems & Operations Research in 2000. His undergraduate degree is a B.A. in Economics (magna cum laude) from Duke University in 1996. James Caverlee joined the faculty at Texas A&M in 2007. He spent most of his sabbatical in 2015 at Google as a Visiting Scientist in Ed Chi's group. He has been honored to receive an NSF CAREER award, DARPA Young Faculty award, a AFOSR Young Investigator award, as well as several teaching awards. Recently co-organized WSDM 2020 with Xia "Ben" Hu.

Dr. Tie Wang leads three AI/DS teams at LinkedIn data org. His team develops horizontal methodologies and frameworks for data quality and optimization for LinkedIn search and recommendation systems. He has broad interests in machine learning/AI and applications. He has 16 years of R&D experience at Apple, Microsoft, LinkedIn, Yahoo! on data quality assurance, data centric AI, capacity optimization and forecasting, commercial and web search ranking algorithms and systems. He received his Ph.D. in Computer Science from Arizona State University. He had presented tutorials in WSDM, KDD, four patents, and published in top journals and conferences including KDD, IEEE Transaction on Signal Process. 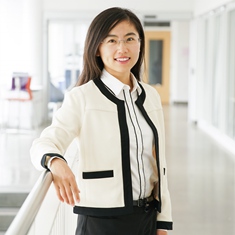 Fei Fang is Leonardo Assistant Professor at the Institute for Software Research in the School of Computer Science at Carnegie Mellon University. Before joining CMU, she was a Postdoctoral Fellow at the Center for Research on Computation and Society (CRCS) at Harvard University, hosted by David Parkes and Barbara Grosz. She received her Ph.D. from the Department of Computer Science at the University of Southern California advised by Milind Tambe (now at Harvard). Her research lies in the field of artificial intelligence and multi-agent systems, focusing on integrating machine learning with game theory. Her work has been motivated by and applied to security, sustainability, and mobility domains, contributing to the theme of AI for Social Good. She is the recipient of the 2022 Sloan Research Fellowship and IJCAI-21 Computers and Thought Award. She was named to IEEE Intelligent Systems’ “AI’s 10 to Watch” list for 2020. Her work has won the Best Paper Runner-Up at the Thirty-Fifth AAAI Conference on Artificial Intelligence (AAAI’21), Distinguished Paper at the 27th International Joint Conference on Artificial Intelligence and the 23rd European Conference on Artificial Intelligence (IJCAI-ECAI’18), Innovative Application Award at Innovative Applications of Artificial Intelligence (IAAI’16), the Outstanding Paper Award in Computational Sustainability Track at the International Joint Conferences on Artificial Intelligence (IJCAI’15). She received an NSF CAREER Award in 2021. Her dissertation is selected as the runner-up for IFAAMAS-16 Victor Lesser Distinguished Dissertation Award, and is selected to be the winner of the William F. Ballhaus, Jr. Prize for Excellence in Graduate Engineering Research as well as the Best Dissertation Award in Computer Science at the University of Southern California. Her work has been deployed by the US Coast Guard for protecting the Staten Island Ferry in New York City since April 2013. Her work has led to the deployment of PAWS (Protection Assistant for Wildlife Security) in multiple conservation areas around the world, which provides predictive and prescriptive analysis for anti-poaching efforts. 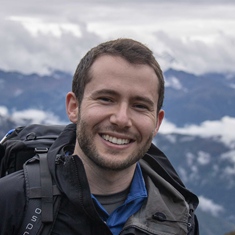 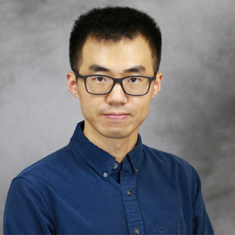 Sheng Li is an Assistant Professor of Data Science at the University of Virginia (UVA). Prior to joining UVA, he was an Assistant Professor of Computer Science at the University of Georgia from 2018 to 2022, and a Data Scientist in Adobe Research from 2017 to 2018. He received his PhD degree in Computer Engineering from Northeastern University in 2017 under the supervision of Prof. Yun Raymond Fu. He received his Master degree and Bachelor degree from School of Computer Science at Nanjing University of Posts and Telecommunications in 2012 and 2010, respectively. His recent research interests include trustworthy representation learning, graph neural networks, visual intelligence, and causal inference. He has published over 120 papers, and has received over 10 research awards, such as the INNS Aharon Katzir Young Investigator Award, Fred C. Davidson Early Career Scholar Award, Adobe Data Science Research Award, and SDM Best Paper Award. He has served as Associate Editor for seven international journals such as IEEE Trans. Neural Networks and Learning Systems and IEEE Trans. Circuits and Systems for Video Technology, and has served as an Area Chair for NeurIPS and ICLR.